A husband shows up in hospital to “claim back” his estranged wife; the woman’s lover puts up a fight. In Tanganyika ABCs, Tina Chiwashira recycles the Cinderella plot – the persecuted heroine rejects her suitors by way of deprioritizing Prince Charming’s wants and in this way Cinderella learns to put herself first.

Black Letter Media: You are fluent in three languages. I am curious to find out what questions around language plagued you during the writing of this story?

Tina Chiwashira: So many. Language is magical, each dialect is unique. Some things mean more in another language. So yes I did have a dilemma – 1. meanings 2. audience 3. romantic aspect.

BLM: Romantic aspect would be?

TC: That would be the emotional dynamic of language and its ability to transfer feelings in the depiction of personalities and how those form the basis of the narrative. People remember stories when they are moved emotionally by individual characters through them. That is what great writers are able to do. Hopefully if I work hard enough I may be able to do that too.

BLM: “Tanganyika ABCs” achieves a subterranean effect on me best when it thrives within its gaps; as much as it is driven by the protagonist’s exploding rage at these two men who have cornered her to a hospital bed, you still leave a lot unsaid – and yet the absence of explicit exposition, for one, these sometimes unwarranted flashbacks, descriptive visits to the past, that can cripple a narrative, this doesn’t necessarily compromise, or translate to an insufficiency in your story. How deliberate was this on your part?

TC: I  am glad you think so. To some it could be quite senseless (laughing). I think most times when people go through traumatic or painful experiences there is a tendency for thoughts to hit in flashes. A person’s history sometimes guides the future. It was not deliberate per se,  but it does give the story something I think.

BLM: The narrator finds herself in bed, being gaslighted by her (ex?) husband and these two men are fighting over her; would you say the story begins with the men and ends with her – there’s a feeling of transformation when we get to the end and she decides to discharge herself from the hospital, it no longer becomes about the men but her gaze is turned completely inward, and this seems to have a liberating effect on her?

TC: When a woman has gone through a relationship, it changes her, she transforms. When she decides to take a step back that spells the beginning of her emancipation and the start of a revolution.

BLM: As people like Tracey M. Lewis-Giggetts and Pa Ikhide have pointed out, often literature by Black writers suffers from an unhealthy preoccupation with acts of oppression in ways that overshadow any happiness that might also be useful in interrogating how we live now. How best do you think the stories we write about marginalization – whether on grounds of gender, sexuality, even geopolitics – help us by not making a direct link between the authenticity of African literature and the necessity of cataloguing Black suffering?

TC: I want to believe that those marginalizations are what make African literature rich because black suffering does exist and is really prevalent in our continent right through history till now. Social conditioning and the caricatures of negative representations by the media have exploited and expounded on those to catalogue black suffering, no pun intended. The new age African writers have taken to writing the “Happy and Joyous stories”, and it’s something that I really appreciate especially now in this age of globalization and technology and how our interaction as Africans with other people around the world have created better interpretations and a bigger platform for the telling of our day to day lives.

BLM: You hail from Zimbabwe and of course without exception no part of Africa does not come with a dominant narrative – rarely positive, not always invented by the people of said country – that is then taken to represent the full experience of life in that country. I’ll leave it up to the reader to see how the “political situation” features in your story. My question here is, as a writer located with/in Africa how do you guard against the unintended sin of reaffirming an impoverished understanding of the people you write about and at the same time do so with an understanding that your work is not an anthropological report on the state of any society?

TC: I do not know whether my narrative is not an anthropological report of any society (laughing). Politics is prevalent in any society or organization and yes being from Zimbabwe so many perspectives and narratives will arise . I sincerely hope I did not reaffirm all those impoverished beliefs.

BLM: How critical is writing to you? Your story touches somewhat on theatre?

TC: Writing is one of my wicked sinful pleasures! I have an avid appreciation for theatre and thanks to the input of  others, theatre threaded its way into the story. It made the story metamorphose into what it became. So kudos to my theatrical allies (for them – I do listen and learn)

BLM: There is a delicate balance you strike in your story between what is nominally called poetry and prose – I AM NOT ONE TO OVERPLAY THE DISTINCT BUT NONETHELESS OVERLAPPING DIFFERENCES BETWEEN THE TWO – that “Tanganyika ABCs” is able to evoke the joys of both streams in me. I can only call it a metastasis of thought, the inter-genre fluidity of the text. Do you recognize any differences between poetry and fiction, and if so how do you seek to merge the two?

TC: For me fiction came first, in the Bulawayo Public Library reading Enid Blyton. Pure bliss. Poetry followed in my teens after watching Poetic Justice and that was my marriage to it, Hip Hop and box braids (laughing). For me there is something enchanting about the  the correlation of words to each other and how they structure into sentences.

BLM: We know of course that with the African writer is always the hidden demand to play both tour guide and praise singer; you see it in the glossing of African languages and pseudo-validatory introductions that frequently accompany Western editions of African books. How do you transgress, and not merely navigate, this conundrum; who is your audience, who do you write for, should those questions be even asked?

TC: I love the richness of the metaphors and the kaleidoscopic nuances of  African languages. I appreciate the over the top, over glossing of statements. They have a richness that I find attractive. I  write for people (If that means anything) but mostly I write because I find it therapeutic for me. I also write for my daughters so that one day they can read what I wrote and think “Aah aah, she was not beating the drum with an axe!”

BLM: Haha. I wonder how your daughters feel now about your writing; do their own considerations or relationships with reading ever come into play when you’re sitting down for a story?

TC: I want my daughters to grow up emancipated. My son grows in a society that allows for the injustice of his sisters so I want that to stop, first in my household.The girls are still young but I want them to give odes to the women who will raise them. They understand that their Mom does not compromise on reading. End of discussion. Truth be told I have no considerations to their perceptions because for now they have no understanding of my work.(Laughing) That makes me sound terrible. 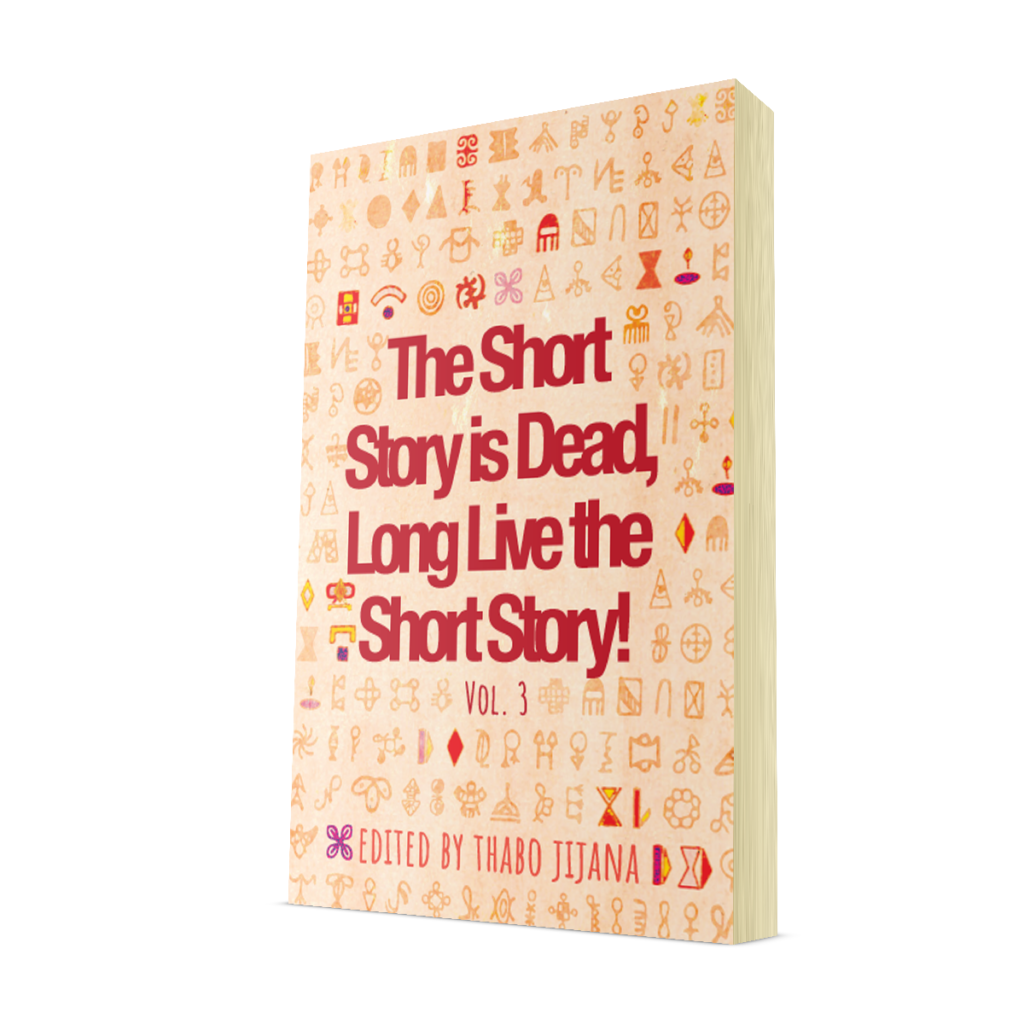 Tina Chiwashira writes from Harare, Zimbabwe. She is a lover of most things art.

This interview is the third of three to be co-published with JamesMurua.com. Copies of “The Short Story is Dead, Long Live the Short Story!” can be ordered directly from Black Letter Media and on Amazon, African Flavour Books and your nearest good bookstore; we recently announced the winners for the third volume – read all about it here.