“Wam Bam Man” pits a feisty saleswoman against a richer older man and the reader gets to watch the fallout. Set in Nigeria, but universal in its portrayal of events, the story speaks to anyone who has ever been trapped in a sticky situation. The author, Nwankwo spoke to us about her take on women’s rights, the multiple art forms she expresses herself in as well as some of her literary influences.

Black Letter Media: You mentioned that you are an actress and a singer in addition to being a writer. Do those other art forms ever impact your writing and creative process?

Nwankwo Adaobi: Yes…after all, I really find it difficult to describe myself as “just a writer” or “singer” or whatever. For the longest time, I thought I should be able to do so. I thought being labeled helped centralize or helped defined someone – like when they called me a feminist or womanist and I struggled to always portray it even when it was not necessary…instead of just being myself. With age comes maturity they say…now I reject labels. People evolve into more of themselves as they grow and learn and develop. So every part of you…every part of your creativeness should grow and evolve – unify or diversify but ultimately help make a broader and even more interesting body of work. Just don’t label it. It may depress you.

I am the seller. He is the buyer. But, I am a good saleswoman. The distinction? I want to be friends with my buyers. I take the time and I listen to their stories. I know who’s married even though he doesn’t wear his ring. I know how many kids many of them have. I know whose marriage is in trouble or which won’t be intact, in the near future. – The Wam Bam Man, Nwankwo Adaobi

BLM: Are there any writers whose work influences you? 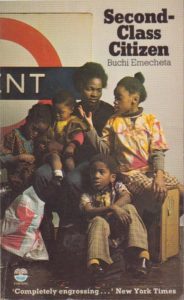 NA: Wow!  Surely. I love Buchi Emecheta. Few works of African literature will beat the ending of the Joys of Motherhood in what it says without saying.  Her book Second Class Citizen is major. And I love Ama Ata Aidoo. Her work – Changes…beautiful! Mariama Bâ still has a fan in me after, So Long a Letter – how do you portray something so vividly and yet cast aspersions without…casting aspersions? Did I make sense now? (laughs). Ngũgĩ wa Thiong’o, Ayi Kwei Armah…I think am an oldie kind of reader. I love these guys and girls. From the personal to the political, they are amazing!

BLM: “Wam Bam Man” describes a situation I think most women have found themselves in – being on the receiving end of unwanted sexual attention. What inspired you to write this story?

NA: Honest to God, I wish we could go back in time to public castrations using blades and horses on rapists and paedophiles. Nothing more sickening. The rape culture is alive and well and these horrible human beings are getting away with sadism. I pray that women speak out more and may God help our authorities to bring them victory and these men to justice. 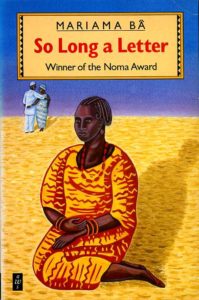 BLM: Do you think about your personal experiences and use them for your writing?

NA: Sure. Where else would one draw out such emotions from? You must put yourself in the position you’re talking about otherwise, what do you have? You’ll sound phony and personally, I think I can smell it when someone is trying too hard. There’s power in vulnerability. There’s the spirit of change at the end of vulnerability. Like a twig snapping back after bending over. So, you don’t just think as a writer, you feel.

BLM: Do you have any short stories that are your favourite?

NA: I love animal short stories any day. Virtues, talking animals, the forest settings…the “once upon a time…” stories, I am a sucker for them. No particular one stands out. I take the whole book and I consume it.

BLM: In terms of writing, what can we look forward to from you, next?

NA: Oh, I am just getting warmed up. I have been working on wonderful stuff for my blog www.adaobiokwy.com. I must revive it. Within a few days, I will unveil some work I’ve been putting aside just for it. I am also working on a feature length movie and a soap together. I feel really excited…and nervous about it all but, if there’s one thing I am certain of, it’s this: if I am not terribly nervous of my trajectory, it is totally wrong. If it keeps me awake and on my toes, dammit, this is it… I am alive! 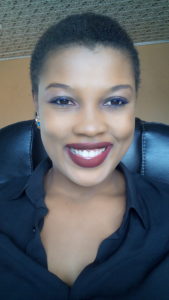 Nwankwo Adaobi is a Nigerian writer, singer, actress and blogger at www.adaobiokwy.com. She has contributed to Nigerian feature films and has published a novel, And the World Goes Around and a collection of short stories, The Forbidden Offer and Other Stories, available on Amazon.

She graduated from Nnamdi Azikiwe University, Awka in 2008 where she studied English Language and Literature and went on to major in Literature as well at the University of Abuja, Nigeria.

Adaobi is passionate about working with the youth of Nigeria towards greater individual development leading towards better national growth and development.