“Parallels of Yesterday”, moves us back and forth in time and similarly between two men in a covert romantic relationship. Thato Magano presents us with a complex situation, potent lyrical eroticism and the pain of love confronting tradition in this very compelling read. We spoke to him about literary bravery, his favourite short stories and other creative exploits.

Black Letter Media: Have you always wanted to be a writer?

Thato Magano: Some of my earlier memories of myself as a teenager was a person attempting to be a poet. I wrote poems in my diary and then stopped when I got to varsity (don’t have a record of these because the diaries got thrown out after one break up too many). I remember that my friends always encouraged my writing. I used to write personal notes and elaborate letters and updates on my life and they always appreciated the care and imagination that went into the narrativising so I guess those were always indicators that I could write in a way that moved people and I started paying attention to it more after I quit corporate and Vanguard happened. So I don’t know if I can say that I’ve always wanted to be one but I know that I have always been encouraged to write. Even now, I come to writing as a passion only after I haven’t been able to find the joy I thought I would from doing other things. I suppose I have finally made peace with the fact that my greatest passion is narrative.

BLM: Do you have any favourite short stories?

TM: My favourite short story in the entire world is Lesley Nneka Arimah called “Who Will Greet You at Home”. It can be found in The New Yorker’s Fiction section. A breathtakingly, refreshing take on magic realism that left me wanting more and more from the story. Arimah’s women do not need men to have children, they make them by themselves, in the many ways that they raise them by themselves, in our ‘real’ world. It remains a favourite ten months after reading it, having read many before and after.

Makhosazana Xaba’s award winning short “Running” comes a close second. Its urgency is palpable and the narrative is timeless. She also works with the theme of time and memory – a similarity in her work and my own in this short story.

BLM: Could you tell us a bit about the work you do with Vanguard?

TM: Vanguard is/was a space for self-expression, which admittedly was born out of frustration with the skewed and limited media landscape in South Africa. We wanted to create a space where we could see ourselves in the narratives shared and not have to explain to anyone the why and how of it. In the early days I had the lofty title of Marketing and Communication Manager, so predominantly responsible for our social media presence and engagement – the brand was literally made by retweets and consistency with communication. But the reality is that both Panashe [Chigumadzi] and I played whatever role was needed at any given time, so editing, curating, media, interviews, whatever was needed, whoever could step in did and it remains so.

They would never understand that every time he walked past the guys at the corner, on the way to get his grandfather’s afternoon edition of the paper, he wished that one of them, the cutest of the group, the one he would exchange those knowing looks with, would have the courage to talk to him, to look at him without stealing him.  To look at him openly; let his desire for him be known. – “Parallels of Yesterday”, Thato Magano 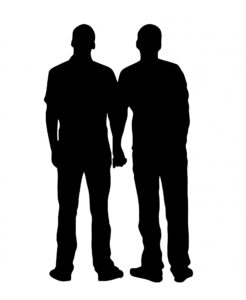 BLM: The judges enjoyed the bravery of “Parallels of Yesterday.” In many African countries homosexuality is looked down upon, banned and harshly punished so historically there have been fewer accounts of same-sex relationships in African literature. Now this changing slowly and “Parallels of Yesterday” adds to the growing body of queer literature. What inspired the story?

TM: I get flushed with such embarrassment at what you call the “bravery” of the story, as every time I go back to it, I shudder to think what could have possibly been haunting me to be possessed by such a deliberately unapologetic narrative, in every conceivable way that it is written. When I wrote it, I was thinking about the significance of time. I was negotiating what time means in different contexts; how it allows for certain things to be possible at different times and in different ways, and so the motif of moving through time in the story is a reflection of that. As Nina Simone teaches: “An artist’s responsibility is to reflect the times”, and the times are political, always, so the story does its work in navigating the continuum of time and possibility.

What you call the “bravery” of the story was an attempt to write, in the most realistic way, how I’ve imagined relationship dynamics, i.e. hooking up/getting with partners, how relationships evolve/d, breaking up or making it work, etc. My literary preoccupation is to always make real, same-sex loving/queer persons/partners in narrative, so ultimately the braveness comes from being as authentic as one can possibly be with fiction work. I think what compounds its sense of freedom is South Africa and its constitution – also a factor of time and evolution of politics.
BLM: Do you think about the reader’s experience and take that into account when writing?

TM: I write for myself more than I do for other people so I rarely think of what the reader’s experience will be. My disposition is that I must enjoy it, always, and it doesn’t need to have mass appeal, so whatever the few people who get to read it think, great for the story. Most often I write with the intention never to have the work seen by anyone to begin with, so whenever it’s appreciated, it’s a bonus for the work. I think creative work must never be restrained by its output as that creates unnecessary censorship, so I write to enjoy the work and hope others will as well. But I also think work that relies on trope, stereotype or cultural appropriation is not work we should freely endorse as it hurts more than it helps.

BLM: What creative projects are you working on? Do you have any plans to publish more fiction in the near future?

TM: I have another short coming out in Queer Africa II: New Fiction called “A What?”. I am working on a short story anthology and my manuscript, The Rebellion is undergoing sculpting by some fierce and friendly reading friends at the moment – lots of tears and culling along with that. 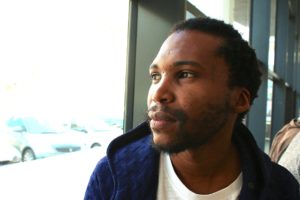 Thato Magano is a writer/thinker/lover/brother/friend/talker/breather. He is currently pursuing his MA in African Literature at Wits University, is a fallist and half of Vanguard Magazine. HE LIVES. He writes about bodies that ARE TOLD they shouldn’t or mustn’t want to love other bodies. Follow him on Twitter as @ThatoMagano