Men Are Fools… I’m sure something is everyone woman has uttered at some stage in her life. But here Obinna Udenwe skilfully turns the tables on our expectations of young men and women and their behaviour. Set in Ghana, in the fever of the Mayweather-Pacquiao boxing match, “Men Are Fools” is a story of global drama and the local, intimate peculiarities of relationships.

Black Letter Media: How did you come to the craft of writing… or did it come to you?

Obinna Udenwe: I have told this story in many interviews of how an uncle returned from Kano in 2000/2001 after an intifada had happened and he lost his business and properties. This uncle of mine was staying with my family and every evening he would listen or eavesdrop as I told my siblings stories I had made up. He was intrigued, so he asked me how I came about the stories and I told him that I made them up. So he told me he was going to make money from my stories and use the money to start a new business. He bought an exercise book for me and asked that I write the stories down and he would print them. It was the first time I was to write down my stories. And he died shortly after I finished writing them and that was the end of that project. A few years later, spurred by that first experience I began writing steadily. 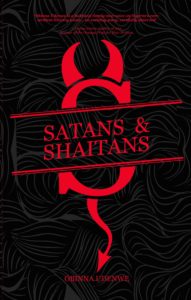 BLM: Wow. What a start! I believe you’ve published a novel, Satans and Shaitans. An award- winning South African, short story writer, Diane Awerbuck, once said, “Novels are a marathon; a short story is a sprint.” Does that ring true for you and your work?

OU: I agree totally with Diane. I think it is more difficult to write a short story than it is to work on a novel. I take some time to finish work on a novel. I have to write, rewrite, read and edit several times – I can do this at a slow pace, covering many years – being lazy and all because there is no deadline and so on.

But for short stories, I try to pack in so many things; style, voice, message, plot and character attributes into one short story and this takes strength, wit, talent and hard work. I stretch myself. Sometimes if I am writing for a particular platform or to submit for a prize or contest, I have to keep the word count in mind and that can be frustrating.

BLM: Where did the inspiration for “Men Are Fools” come fro 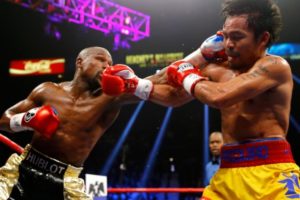 OU: Black Letter Media had just announced their call for entries and gave out the theme of the contest – The World – so I wanted to write a story, short and captivating that would capture the life of young people of my age. It was around the time of the Floyd Mayweather/Manny Pacquiao world heavyweight championship – so it was a perfect opportunity, to bring that into the story, especially as young people are so involved these days in sports. So the inspiration was the Mayweather/Pacquiao fight – I wanted to bring to the fore how one game happening in a faraway place could connect and disconnect people in so many ways, in various parts of the world.

BLM: Do you think about the reader’s experience and take that into account when writing?

OU: Yes I do. If you looked at most of my short stories and my novel you would find they delve deeply into the experiences of people, without being subtle or naïve about it all. When I write I try as much as possible to put the reader in the story and make them feel it, experience it and live it. I also write about the lives of people and make sure that the characters in my story live this life so fully the reader can find themselves in the characters.

I don’t censor what I write, afraid that family and friends could read about sex and politics and religion and term me a bad person.

We have an Igbo adage that says “The dancer doesn’t always know the way her waist moves unless someone tells her” – which is why I believe that reviews are very, very important and that writers should read reviews and comments about their work. Most times, I find it difficult to know if a story I have written is a successful one. If the reader would love it, live it and if it captures their experience. If they would live the life described in the story with the characters.

That night that Manny Pacquiao and Floyd Mayweather had the great match that got the whole world glued to their television screens, the Philippines calling for a public holiday in respect for Manny, their national hero, and hundreds of people spending thousands of dollars to watch the greatest boxing match of all times, your boyfriend killed himself. – “Men Are Fools”, Obinna Udenwe

BLM: Do you write alone or are you embedded in a local literary community? If the latter is true, could you describe what it’s like and what benefits it affords your writing?
OU: I would have love to have a local literary community where we meet to exchange works and critique them. We have the Abakaliki Literary Society that meets once a month but it is more of a jamboree and I am not a very serious member. So I write alone and do lots and lots of rewrites. But three ladies and I attended a literary workshop in 2011 and formed an online critique group afterwards. We pass our stories to each other, edit and discuss them in a WhatsApp chat group we created named Fouriple Writers – it has been very helpful. I believe a lot in literary communities and I wish we had something more robust in this part of the world. 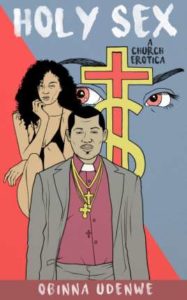 BLM: I was an avid reader of the series, Holy Sex, which was published regularly on the blog, Brittle Paper last year. For those who missed out, it was an account of the highly charged sex life of Pastor Samuel. Billed as Nigeria’s first church erotica, it was both bizarre and thoroughly entertaining. Owing to its popularity it is being released as a novella.

Is there anything else we can expect from you?

OU: Yes. I am a regular short story writer, so expect more short stories from me. I have this idea that I am trying to work on that will connect Sudan and Nigeria in one historic literary fiction novel but I need more space, time and freedom to work on it. I hope it goes well. 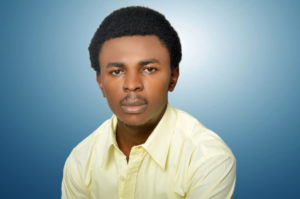 Obinna Udenwe is the author of the award-winning conspiracy thriller, Satans and Shaitans. His Holy Sex serial was published on Brittle Paper to wide readership and in 2016 won the Nigerian Writers Awards. His stories have appeared in Fiction 365, Kalahari Review, Munyori Literary Journal, Outside In Magazine, Africa Roar anthology and Expound Magazine etc. In 2014 he was awarded the State Literary Icon Award by the Governor of Ebonyi State, Nigeria.  He is the editor of the Ebedi Review – a journal of the Ebedi International Writers Residency, Nigeria.

2016-08-30
Previous Post: The Shortlist Interviews: Nkosithandile Peme – For My Brother
Next Post: We’re announcing the winner for The Short Story is Dead, Long Live the Short Story! Vol 2 at #JBF