“Circles” impressed the judges with its complex observations and streams of dreamlike (or nightmarish, depending on how you look at it) imagery. At times it read like prose poetry. Mohulatsi smashes open the cement beast – Johannesburg and inspects the fragments of people, events, history, sounds and emotions that make it up. We had to find out more about the fantastic mind behind this story and ask her a bit more about her writing. 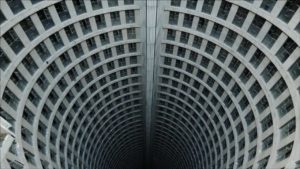 Black Letter Media: “Circles” is a short story, exploring…well perhaps everything. Mainly it’s about Johannesburg, the unwieldy dirty contested city and its architecture and open secrets. But it’s also about love and the persistence of memory. Could you tell us a bit about the origins of Circles?

Mohale Mohulatsi: I started writing what was to become the story in a bar. I was checking someone out, someone similar and very unlike me, and it must have been the wine but I started writing, something really quick at first; but I knew I wanted to write something bigger, about a shared love. Almost like a well-kept secret in a huge and bustling city. The actual story and setting only came later. It stemmed from the noises I could hear from inside the bar –  all sorts of sounds – from buses, to people and birds; which initiated ideas of the inside and the outside, something the story explores. I am both enchanted and disgusted by Johannesburg’s colonial architecture; but I find that it also tells the story of how Joburg is the way it is now quite efficiently – hence I chose a flat in Hillbrow as a starting point.

Dust formulates into the spectres of a universe untouched.  Jozi is alive in its own self. Before the sun is up – cigarettes are alive and bodies are being burnt, lovers leave before the dawn mutters their secrets, clouds hover with languor, amorphous moving pictures  formed in the infinite sky; doves that have forgotten the emblem of peace fight in the already noisy street. – Circles, Mapule Mohalutsi

BLM: Your style is unique and very fluid. The narrative seems loose only obeying the flow of vivid images created by your words. Does poetry have any influence on your work and could you tell us a bit more about your creative process?

MM: I care about good prose. In fact – and this is worrying – I care for good prose more than I do for a good story. I am not yet sure if good writing equates for a good story. But to me, the writing comes first. I care for images and for that poetry does have an influence, both written and unwritten poetry, you know, the poetry that happens – that is my favourite. I do not follow a particular creative process; most things just start from jotting down a few words or simply observing. I also listen to music to write, and sometimes I want what I am writing to sound like a particular song, or tune. 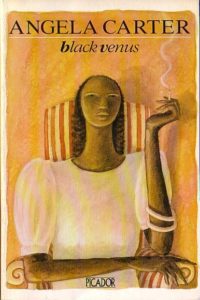 Love and reflections are a paralysis between our two sinewy bodies. We both can’t speak – in words – but our bodies are in the labyrinth of memory, a love letter infinite with promises and the comfort of floating words which can only be seen by our eyes; which we consider holy, for such sights conjure phantoms and signs of the physics of our aliveness which so profoundly haunts us. – Circles, Mapule Mohalutsi

BLM: Do you have any favourite short stories?

MM: Yes. Angela Carter’s ‘Black Venus’, which is in her collection of the same name and F.T Kola’s ‘In the Garden’.

BLM: What about the short story form attracts you using it?

MM: I see the short story as an apprenticeship for lengthier work, and that is what attracts me to it.

BLM: In terms of writing what can we expect from you next? 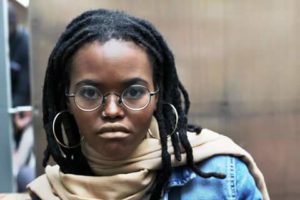 Mapule Mohulatsi is a South African writer and reader. She is also a Witwatersrand graduate with majors in African Literature, English Literature, and History. Her work has been featured in Itch magazine, The Kalahari Review, and some of Black Letter Media’s quarterlies,  Poetry Potion. Mapule currently works for the Johannesburg Heritage Foundation.